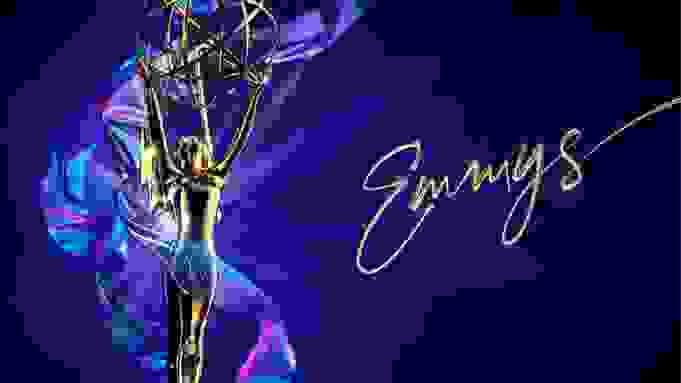 ( NJS ) It's one of Hollywood's biggest nights as the stars of TV gather to see who claims the top awards for work on the small screen.

The Emmys are always fun, as it truly highlights one of the mediums we're always invested in television.

This year, the TV industry’s shiniest night of the year,  the 72nd Emmy Awards are making history by becoming the first broadcast to forego the traditional red carpet and

theater experience in favor of allowing the stars and artists that are nominated to appear virtually for safety sake during the coronavirus pandemic.

Celebrities such as Jennifer Aniston, Regina King, Catherine O’Hara, Hugh Jackman, Ted Danson, Sterling K. Brown, and many more could win an award for their work on shows like “The Good Place,” “Schitt’s Creek,” “The Marvelous Mrs. Maisel” and “The Morning Show.”

With late-night host Jimmy Kimmel at the helm as host, this year's show promises to be one of the most eventful awards nights of the year.

The early story of the night came courtesy of our Canadian friends, as in Pop TV's riches-to-rags comedy Schitt's Creek, which nabbed 15 nominations. Stars Dan Levy,

Eugene Levy, Catherine O'Hara, and Annie Murphy all triumphed in their acting categories, while Dan truly had an impressive night, triumphing in the writing and directing categories as well. To top it off, Schitt's Creek claimed the Outstanding Comedy Series, making it seven trophies in a row.

A handful of awards were handed out at Creative Arts Emmys ceremonies held over the past week, including guest actors and a best TV movie. 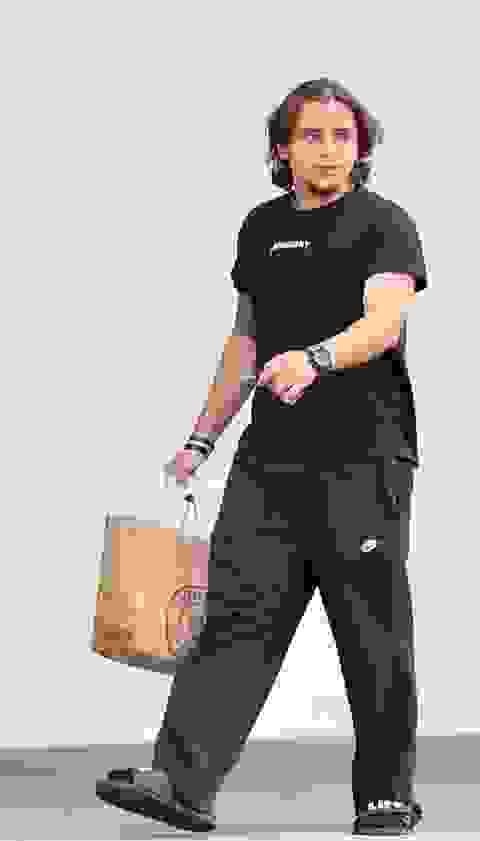 The 23-year-old star - who lost his father 11 years ago - still misses the King of Pop, and while he's "very proud" of the family name, he acknowledged the moniker brings with it certain expectations.

Appearing on ITV's 'This Morning' on Friday (09.04.20), he said: "I am very proud to share the same name as my father, but sharing such a powerful name you are correct, there is...

"I don't want to say pressure, but there is this legacy that my father worked very hard to build and to maintain and I feel that it's my position really in my life and

everything that I've been given; I just want to expand that legacy."

Prince admitted as he's grown up, he's been able to "unpack the wisdom" left by the 'Thriller' hitmaker, and he's "grateful" for the time he had with his father.

He added: "I feel that the older I get the more I get to unpack the wisdom that he left and all the experiences that he imparted on us.

"And when I see them through a more mature perspective, I'm just extremely grateful to have the life experiences with him that I did and the knowledge that he imparted on me. "Every year I'm more appreciative of that and I miss him ever greater because that's my father."

Michael’s son Prince shared some of that wisdom from his father.

“He wanted us to be the best at whatever it is that we did,” said Prince. “It was a form of motivation and inspiration, that no matter what you do or how confident you feel, or how well you did something, my father would always say, ‘that’s great, but what’s next? How can we make it bigger or better?’ Or ‘What are you doing to learn from  this experience and apply to improve the next one?'”

“So whatever I do,” added Prince, “whether that’s charity work or my music video production, it’s always figuring out how what I did the last time was alright, but how can  I make it better or the best, and it’s always going to be like that. If one year was fantastic, the next year needs to be incredible.”

'The American Song Contest' is set to debut on US television during the 2021 holiday season.

The American Song Contest' is set to debut on US television during the 2021 holiday season.

Dubbed The American Song Contest, the new competition show will look a lot like Europe's incredibly popular music competition Eurovision Song Contest — which has been going on for six decades bringing in acts from 40 countries and introduced the world to ABBA.

As reported by Variety, The US Song Contest will be similar to the  European version where professional singers  from all 50 states will compete by

singing original songs in any genre on a live televised event.

The performers  will go head-to-head against other states' representatives in a series of televised qualifier competitions, leading to semi-finals and a “primetime Grand  Finale.”

Variety reported there will be an “American Song Contest Academy, a group consisting of music professionals based in the U.S. that represent all genres and backgrounds, from which juries of artists and music industry notables who, along with the regional audiences, will select top talent from all 50 states to compete.”

The show will air around the 2021 holiday season 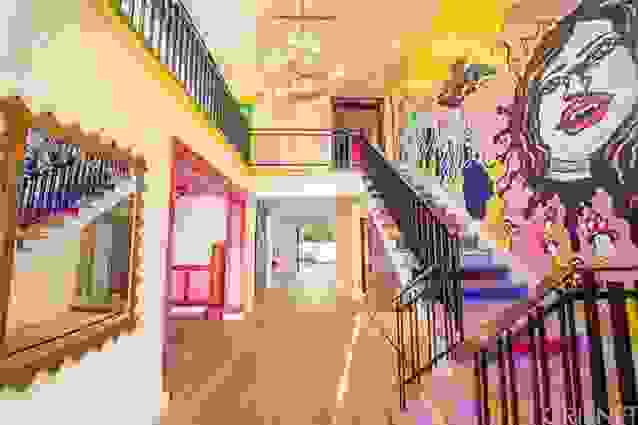 Bella Thorne is saying goodbye to her one-of-a-kind home!

( NJS ) Actress Bella Thorne’s home is making a serious case for the most bizarre listing in Los Angeles. The singer and actress, 22, has listed her hot pink-hued house in Sherman Oaks, California, for $2.55 million  The Los Angeles Times reported.

The hot-pink-hued house — full of clashing colors, extravagant murals, and rooms full of roses — just surfaced for sale at $2.55 million.

Covering a quarter of an acre, the gated property centers on a two-story home that the listing describes as a “reinterpreted contemporary traditional.” Thorne did plenty of reinterpreting during her stay, turning the black-and-white exterior pink and filling once-subtle living spaces with over-the-top accents.

The 4,500-square-foot floor plan also holds five bedrooms, six bathrooms, a center-island kitchen with a built-in espresso machine, and a blue-and-green living room with feather boas cascading down the windows. The master suite tacks on an ivy-covered marble bathroom and massive walk-in closet.

Another highlight comes in the rose room, a hot-pink space wrapped in papery flowers with a pink pendant chair hanging from the ceiling.

In addition to its brightly colored exterior, the estate boasts a two-story foyer with a rainbow staircase and floor-to-ceiling mural dedicated to Thorne and her Filthy Fangs record label, a blue and green living room trimmed with feather boas, and a dining room adorned with paper roses on its walls.

A pocketing wall of glass opens to the exterior, where landscaping and a small lawn surround a swimming pool and spa. A patio and built-in grill complete the scene. Thorne, 22, started her career as a model before landing roles in “My Own Worst Enemy,” “Big Love” and Disney Channel’s “Shake It Up.” On the film side, her credits  include “Blended,” “The DUFF” and “Infamous.”

She bought the home four years ago for $2.011 million, records show.