( NJS ) Methanol can be toxic when ingested or applied to the skin.

The Food and Drug Administration has warned that several types of hand sanitizers made in Mexico may contain methanol, a type of alcohol that can be toxic when applied to the skin or ingested.

These hand sanitizers contain as much as 81 percent toxic methanol, also known as wood alcohol. It can cause blindness and death if ingested.

“Methanol can dehydrate the skin, causing dry skin, and can result in dermatitis to the affected region. Symptoms of methanol poisoning include nausea, vomiting, dizziness, headaches, weakness, visual disturbances, and loss of consciousness. The fumes from methanol are also flammable, another potential danger.

Here are the nine brands the FDA warns against. Two of them have the same name but different lot numbers:

If you do have one of these items in your home, stop using them immediately and dispose of them, but don’t flush or pour the products down the drain, the FDA says When FDA researchers tested two of the products, Lavar Gel and ClearCare No Germ, they detected methanol, the agency said in a statement on Friday. They noted, however, that they were not aware of any reports of adverse reactions related to the products. There is no safe level of methanol in hand sanitizer.

Methanol-containing products can be harmful when used on the hands, but they're especially dangerous when ingested. Young children who accidentally swallow the product and adolescents or adults who drink it as an alcohol substitute face the greatest risk.

If soap and water for hand-washing is not available, the CDC recommends using alcohol-based hand sanitizer that contains at least 60 percent ethanol. 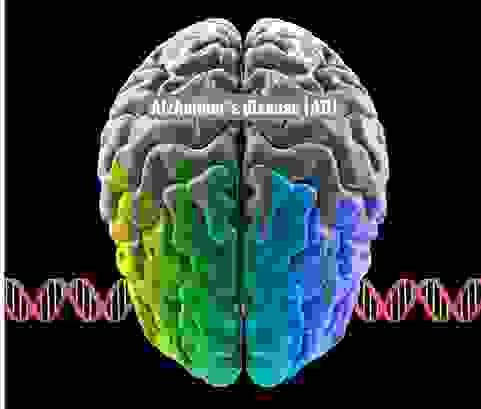 IS GUM DISEASE TIED TO ALZHEIMER’S? IF SO, THAT MIGHT BE A CLUE TO A CURE.

Alzheimer’s patients are being recruited for a clinical trial that seeks to treat a form of bacteria believed to travel from the mouth to the brain, attacking healthy brain cells and causing or contributing to dementia.What’s bad for the mouth may be even worse for the brain.

adults and damaging healthy brain cells.If they’re right, that would offer a new explanation for the cause of Alzheimer’s — and better yet, a novel way to potentially treat it. Medical clinics across the country

re recruiting Alzheimer’s patients for a study that seeks to slow or halt their memory loss by giving them a medication designed to protect them from this bacterial attack on the mind.

Here in New Jersey, the Princeton Medical Institute already has enrolled eight patients in this promising clinical trial, and it’s looking for more volunteers. The study, known as the GAIN Trial, is open to adults diagnosed with mild to moderate Alzheimer’s between the ages of 55 and 80. Dr. Jeffrey T. Apter, founder of the Princeton Medical Institute, says the GAIN study represents one

the new frontiers in Alzheimer’s research as science seeks to move beyond theories and approaches that have failed in the past. “This is exciting; I think this is one that looks promising,” Apter says. “It’s a great trial for patients, and we’re participating in all subsections of the study. We can take as many people as we are able to screen.”

The study arises from earlier research that indicates a form of bacteria called P. gingivalis, which is known to cause periodontal disease, can make its way from the mouth to the brain in aging adults  who are more susceptible to infections.

Studies on mice found that if this bacteria reaches the brain, it releases toxic proteins called gingipains, which can cause inflammation, damage neurons and lead to a build-up of plaque in the brain.

In fact, a study published last year concluded that more than 90 percent of people with Alzheimer’s have measurable amounts of P. gingivalis and its toxins in their central nervous system. More recently, a new study offers further evidence of the ability of P. gingivalis to attack neurons in the brain and do the kind of damage that is associated with Alzheimer’s disease. Those findings will be published in the June issue of the Journal of Alzheimer’s disease.

The GAIN Trail is seeking to enroll some 570 people at more than 90 clinical sites in the United State and Europe. It is designed to test whether an experimental drug called COR388 can delay or halt further cognitive decline in Alzheimer’s patients by preventing the gingipains proteins from doing additional damage to neurons. Two different doses of the drug are being tested. The drug comes in the form of a capsule and Apter says patients who volunteer for the trial and meet the criteria would take it daily for a period of 48 weeks, coming into the clinic every six weeks to be examined and get a new supply of medication.

The drug was developed by Cortexyme, a San Francisco-based biopharmaceutical firm. In an earlier Phase I study involving 24 healthy older adults and nine people with Alzheimer’s, the drug was found to be safe with minor side effects. The Alzheimer’s patients, who took the drug for 28 days, showed improvement in scores on memory tests. “Based on the Phase 1 study, no major risks are expected,” Apter says. “The side effects were minor and clinically insignificant. They included headaches and dizziness.” The GAIN Trial is a combined Phase 2/Phase 3 study, an approach that allows it to potentially be fast-tracked for approval by the FDA if the drug shows results.

Apter says the Princeton Medical Institute was chosen as one of the first sites for testing of COR388 based on its relationship with the company and its past track record.Much of that research has focused on trying to clear away the beta-amyloid “plaques” that accumulate in the brain of Alzheimer’s patients.  After years of failed clinical trials, there’s growing concern that while these plaques are associated with Alzheimer’s, they may not be the cause of the memory loss and aren’t the right target for research.

People interested in being considered for the study can call the Princeton Medical Institute at (609)-921-6050 to learn more about the trial and be scheduled for a free cognitive screening.

Apter says getting a memory test can be valuable for any older adult who has cognitive concerns and there’s no obligation to enroll in a clinical trial. “We want to test as many people as we can,” he says. “We view it as a community service.”

The GAIN Trial is open to people who

· Have been diagnosed with mild to moderate Alzheimer’s disease.

· Have a loved one or caregiver who can attend visits to the clinic, report on daily activities and oversee the taking of the medication.

Those who meet the criteria will get a full examination and medical tests, including an MRI. If they are selected for the study, they will go through a screening period of up to six weeks, then receive either the medication or a placebo for 48 weeks, followed by a safety follow-up period of six weeks.

Apter says in the case of volunteers who receive the placebo, after they complete the study period, they will have the option of receiving the medication for 48 months. Participants who are not able to drive to and from study visits will be offered free transportation provided by Lyft, Apter says.

He adds that the Princeton Medical Institute office has remained open and continues to enroll participants for this and other studies. He says safety measures are in place to protect both  the staff and patients from the spread of the coronavirus, including social distancing and the wearing of masks. People who are interested in the study but concerned about coming into the office

Additional information about the study is available on the GAIN Trial website. The site includes a search tool to find the location of other study sites in the region and across the United States. 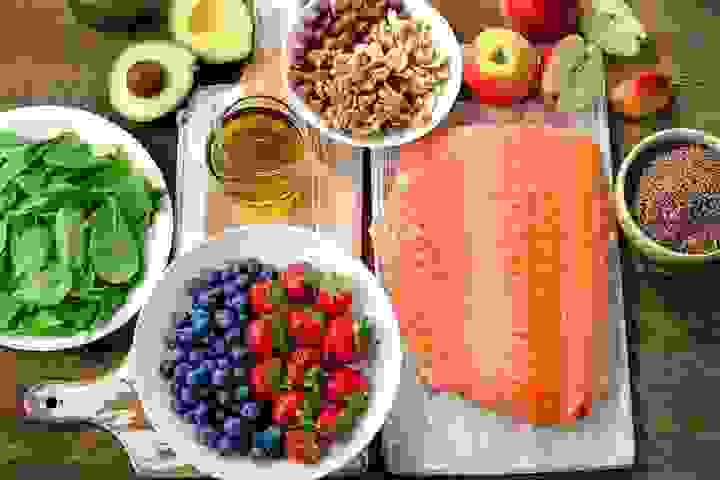 Whether it’s crossword puzzles or exercise -- we’ve all heard about different tricks for keeping our brains healthy and warding off memory loss.

But what actually works?

According to Dr. Dylan Wint, of Cleveland Clinic Lou Ruvo Center for Brain Health, up to 35% of risk can be eliminated with healthy habits.

“Top one among those is getting lots of aerobic exercise. We recommend 150 minutes per week. So, for most people that’ll work out to 20 or 30 minutes per day, then eating  a healthy diet,” he said. “So, eating lots of leafy green vegetables, good oils such as those found in fish and in nuts, lots of fresh fruit, particularly berries, seem to confer some health benefits in terms of both preserving brain health, as well as general health.”

Although most people don’t need to take vitamin supplements. The overwhelming evidence shows that if you eat a normal diet you do not have need to take supplementary vitamins or minerals.

If you’re looking for a dietary supplement to give your brain a boost: don’t bother. Supplements are not tested for accuracy of their stated ingredients by independent  laboratories, and they overwhelmingly do not have the legitimate scientific evidence that would demonstrate that they are effective. The FDA relies on the manufacturers to test for the supplements’ safety, not for their efficacy. They are not subject to rigorous clinical trials that apply to prescription drugs.

“Supplements haven’t been proven to improve memory,” Wint said. “There is some mixed evidence on Vitamin E perhaps preserving cognition, but the strongest evidence seems to be in people who already have Alzheimer’s disease.”

Keeping your mind active will benefit your brain. “What you really want to do to challenge your brain is learn new things,” Wint said. “If you’re doing something very verbal, like a crossword puzzle and you’re very  used to that, maybe switch to something mathematical and logical, like Sudoku.”

Wint said socializing is a powerful cognitive exercise too, so interacting with others will help keep your brain active. He also recommends avoiding excessive alcohol, smoking and head trauma for a healthy brain.